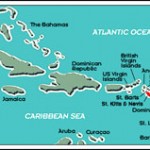 Once in a while I receive e-mails about which firm I trade for. As I have written many times I trade both prop and retail. All my daytrades are done in a prop account (Nevis Trading), and overnight strategies are done in Interactive Brokers.

From 2001 until July 2011 I traded with Echotrade. They are a member of Philadelphia Stock Exchange (at least they were, not sure now). Due to that membership there are a lot of regulations to abide:

Overall, I was very happy to stay at Echotrade. I was more or less forced to leave because they wanted to change membership to Chicago, and they don’t accept traders residing abroad. As it turned out, they didn’t change to Chicago, but I was tired of all this back and forth, so I chose to quit. I received 100% payout at Echotrade. I have only good things to say about the management. I was mainly in contact with Gabrielle Bottorf and Rob Keller and they always solved any issues. Among all the prop firms out there I’m quite confident when I say Echotrade must be one of the best and most professional. They clear through BAC Merrill Lynch.

After leaving Echotrade I spent a lot of time trying to find the right firm. I chose Nevis Trading based on Nevis Island:

All in all I would say Echo offers a better deal in terms of trading. However, that is offset by all the paperwork and red tape that is basically non existent at Nevis. I have a lower payout than in Echo, but also substantially lower commissions. But if 2008 were to happen again, I will have to give away more than I like to Nevis Trading due to my profit split with them. Nevis clears through Apex Clearing Corporation, former Penson. Penson was in real difficulties over the last year, and span off the stockclearing business. Hopefully they are solid now, but I don’t care much about that since my deposit is so low and I focus more on EOD trades at IB.

Both companies uses Sterlingtrader as trading platform (but you can choose others if you want – they both have options). I have never used any other platform. As far as I can see Sterlingtrader is not very good for automation. I still do it the old way by using DDE links into Excel and running a very simple API/VBA script for execution. It works for me, but I would like to have something better, but my programming skills are pretty close to zero.You have a lot more options if you can automate everything.

I think Echotrade made their “own” version of Sterlingtrader and run on their own servers. At Nevis everything is organized through Sterlingtrader’s (?). I have better uptime at Nevis than at Echo. At Echo I often had “stuck” orders, and that has never happened at Nevis after 14 months of trading. As far as I can remember I haven’t had one single issue as regards the software at Nevis.

If any readers have any questions I’m happy to answer:  oddmund at quantifiedstrategies dot com.

7 Responses to Echotrade vs. Nevis Trading