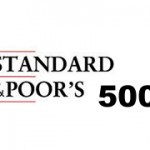 This morning I had a look at when SPY makes high and low during the trading day (regular market hours from 0930 to 1600). I had no particular plan behind this, I just wanted to know if I can draw some trading ideas from it. The total sample is 650 days, from January 2010 until the 31st of July 2012.

Here are the statistics:

As we can see, SPY sets high 62% of the time in the first or the last hour, even though these two hours represent only 31% of the trading hours. The result is about the same for the low of the day. Interestingly, though, is the fact that the first trading hour seems to be the most volatile.

We get basically the same results from other random periods of 650 days.

Also of interest is that the low of the day is more prevalent in the first hour than the high of the day. Why? I guess there are two reasons for that: First, the stock market has an upward bias, and second, the market usually drops faster than it rises. This seems to happen both in bear or bull markets.

Take a look at our Trading Strategies