Some investors and analysts turn to technical analysis and chart patterns to analyze price movements and determine the right time to place their trade orders, and one of the most common chart patterns they focus on is the head and shoulders pattern. Let’s take a look at this chart pattern.

The head and shoulders pattern is a chart pattern formed by three consecutive price rallies and two intervening pullbacks, with the second rally being the highest among the three. The pattern, when seen in an uptrend, is considered a bearish reversal sign, indicating that the uptrend is about to turn into a downtrend.

Want to know more about this chart pattern, its inverse type, and how to analyze them? Keep reading.

What is the head and shoulders pattern?

A head and shoulders pattern is a chart formation used in the analysis of price movements to indicate a potential reversal in the direction of price. The pattern is based on historical price action — chartists study previous price swings to know if they form a shape that looks like a head with a shoulder on either side.

A typical head and shoulders pattern is characterized by an initial rally to a peak (the first shoulder) followed by a short swing low. This is followed by another rally to a higher peak (the head), and then, the price falls again to around the previous swing low before rallying to a third peak (the second shoulder) at about the same level as the first peak. Theoretically, this third peak (the second shoulder) indicates the end of the uptrend, as the price fails to make a higher high, and the potential beginning of a downtrend or a prolonged decline in price. But this cannot be confirmed until the price falls below the support level formed by the previous swing lows, also known as the neckline, which implies that the price has a consecutive lower high and lower low — the characteristics of a downtrend.

Thus, the head and shoulders pattern is a predictive chart formation that usually indicates a reversal in the trend, as the market makes a shift from bullish to bearish direction. It has long been hailed as a reliable pattern that predicts trend reversal. Both traders and analysts often use the pattern to determine primarily whether a downward trend is likely to take place. While the chart pattern is most commonly used on stocks, it is also popular in foreign exchange, commodity, and cryptocurrency trading.

What are the rules for head and shoulders?

These are some of the rules that qualify a head and shoulders pattern:

But keep in mind that the head and shoulders pattern is almost never perfect, so there will likely be small price fluctuations between the shoulders and the head, and the shoulders may not end at the same level — the pattern formation is rarely perfectly shaped in its appearance.

What does the head and shoulders pattern look like? 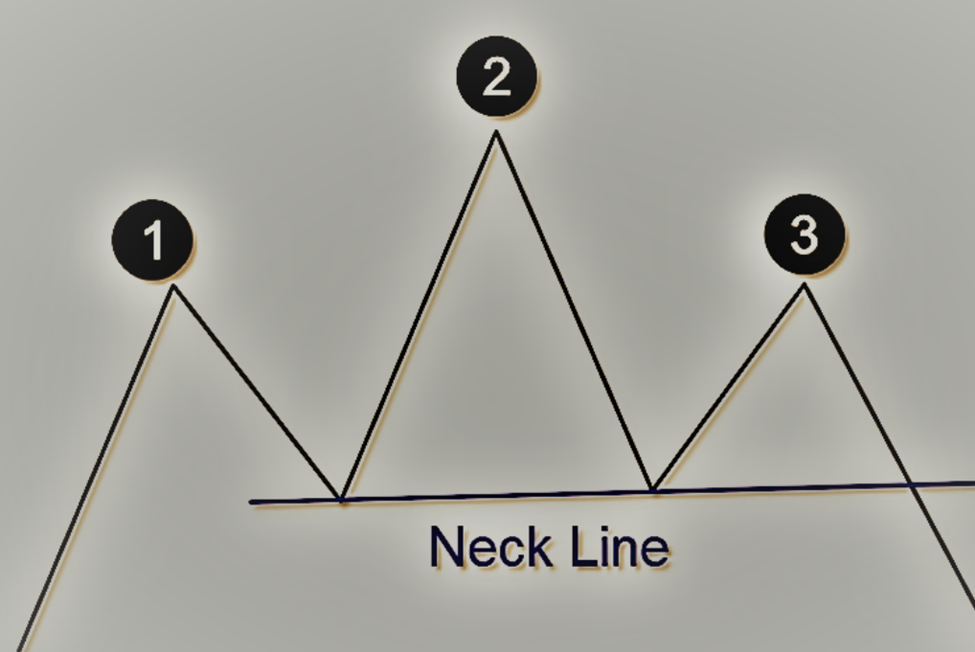 Is the head and shoulders pattern bullish or bearish?

The head and shoulders pattern is considered a bearish reversal chart pattern. It is mostly formed at the end of an uptrend or an extended (multi-legged) pullback (a price rally) in a downtrend, so it indicates when an uptrend is about to turn into a downtrend or the continuation of a downtrend after a pullback. Since it is a bearish pattern, traders either use it to close their open long positions or take a short position in the market.

Some traders may trade the pattern at the level of the right shoulder if there is a bearish reversal candlestick pattern, such as the shooting star, bearish engulfing, and inside bar. For them, the lower swing high that formed the right shoulder already shows that the preceding uptrend is over, so they can look to book their profits if they have long positions or plan to sell short in anticipation of a downtrend.

What does an inverted head and shoulders mean?

When the appears in a downtrend, it shows that the bears, who have been pushing the price lower, are now exhausted and getting overpowered by bulls, which is why the right inverse shoulder couldn’t fall below the inverse head and the price even rallied to break above the previous swing highs.

What is a head and shoulders reversal?

Head and shoulders reversal implies the reversal nature of the head and shoulder pattern or the inverse version. The classical head and shoulders pattern is a bearish reversal signal. When it forms, it means that the uptrend is likely over, as the last swing up (the right shoulder) couldn’t rise high enough to break the preceding high (the head) and the following decline could fall below the previous swing lows. So, the price is reversing to the downside.

Likewise, the inverse head and shoulders pattern shows a potential price reversal from a downtrend to an uptrend. The last swing low (the right inverse shoulder) couldn’t fall below the preceding swing low (the inverse head), which indicates that the downtrend may be getting exhausted. As the following swing high was able to break the previous swing highs, it shows that the price is reversing to an uptrend.

What are some head and shoulders pattern examples?

You can find many examples of the head and shoulders pattern on the charts of different assets, including stocks, futures, and currencies. Below are two examples of the pattern in Apple and Genesis Energy stocks:

The chart above is that of Apple.Inc (AAPL). You can see that the price was in an uptrend until it forms the head and shoulders pattern. Notice that the head is higher than the left shoulder and the right shoulder swing couldn’t sustain the upward momentum, indicating weakness in the uptrend. The price subsequently broke below the support level formed by two previous swing lows, and a downtrend emerged, even though the price rose again to retest the right shoulder resistance.

The chart above is that of Genesis Energy. A head and shoulders pattern formed in a prolonged price rally. After the price broke below the support formed by the neckline, a downtrend emerged.

What does head and shoulders target mean?

From the chart, you can see that the same size of the head is measured downwards from the neckline to get an estimate of the price target. Interestingly, the price eventually fell below that target price.

Last Updated on July 30, 2022 by Oddmund Groette Market indicators are an integral component of technical analysis. They help traders in making market decisions. Some indicators are designed to show the direction of a trend while others simply tell when a trend reversal is imminent. The Aroon indicator is a trading tool that is…

Last Updated on July 14, 2022 by Quantified Trading Traders often look for ways to measure the price momentum. The rate of change is one of the most commonly used indicators for that. Let’s take a look at the indicator. Often referred to as the momentum indicator, the rate of change (ROC) is a momentum-based…

Last Updated on August 2, 2022 by Oddmund Groette Given its wide range of uses, copper is commonly used as an indicator of global economic health. If you want to trade this popular commodity, it’s important to learn how copper is traded and choose the right copper trading strategy for you. Copper is one of…

Last Updated on July 30, 2022 by Oddmund Groette For many, the approach is to buy low and sell high. But that is not the case with the 52-week high trading strategy. What is the strategy? The 52-week high strategy is a method of investing that seeks to buy stocks that are trading close to…