When it comes to the major U.S. stock indexes, the S&P 500 index is widely regarded as a barometer of the overall stock market’s performance. Seen as an indicator of how large corporations are performing, it consists of the top 500 companies in the US stock market. But how many companies have ever been a component of the index, and which 5 stocks have been there the longest?

The S&P 500 index is updated periodically to reflect the top 500 companies in the US stock market. As of 2014, about 186 changes have been made to the composition of the index since its creation in 1957, so over 686 companies have ever made it to the S&P 500 index over the years. Five of the longest-lasting stocks in the index include AT&T, General Electric, ExxonMobil, Coca-Cola, and Procter & Gamble.

In this article, we will be talking about the S&P 500, its history, the companies in it, and the ones that have been there the longest. We will discuss the topic under the following subheadings:

The S&P 500 index is a US stock market index that represents the 500 largest companies in the US stock market. Also known as the Standard & Poor’s 500, the index is a registered trademark of the joint venture S&P Dow Jones Indices. It comprises 504 common stocks which are issued by 500 large-cap companies traded on American stock exchanges, which includes the 30 components of the Dow Jones Industrial Average.

Representing about 80 percent of the American equity market by capitalization, the S&P 500 index is generally considered the best indicator of how U.S. stocks are performing overall. So, it is not only a statistical measure of the performance of America’s 500 largest stocks, but also, it is generally seen as a common benchmark against which portfolio performance can be evaluated.

The index is weighted by free-float market capitalization (share price times the number of shares outstanding), so more valuable companies account for relatively more weight in the index. In other words, each listed company doesn’t simply represent 1/500th of the index. Rather, a company’s valuation determines how much influence it has over the index’s performance. So, massive companies such as Apple, Microsoft, and Amazon have a greater impact on the S&P 500 index than relatively smaller companies like Macy’s (NYSE: M) and Harley-Davidson (NYSE: HOG).

The index constituents and the constituent weights are updated regularly using rules published by S&P Dow Jones Indices. Although called the S&P 500, the index contains 504 stocks because it includes two share classes of stock from 4 of its component companies.

The S&P 500 index was first compiled in the late 1950s as the most popular benchmark for measuring how large-cap companies are performing in the United States. In fact, it was created on March 4, 1957, to replace its predecessor, a 90-stock composite price index that was created by Standard Statistics in 1926. Comprising the stocks of 500 leading U.S. companies, the newly introduced S&P 500 index had a total market capitalization of $172 billion at the time it was created, tracking the performance of 425 industrial, 15 rail, and 60 utility stocks.

During the 2008 financial crisis and the Great Recession, the S&P 500 index fell 46.13% between October 2007 to March 2009, but by March 2013, it had recovered all of its losses. The coronavirus pandemic in 2020 sent the world into a recession and equity markets reeling as the S&P 500 plummeted nearly 20%. However, from the second half of 2020, the S&P bounced back, with the great performance of the tech and communication sector, and reached many all-time highs in 2021.

From the time of its creation to date, the index is continually being updated with new additions each year that meets its requirements for earnings, market value, and liquidity while removing others that do not meet the requirements, or that are eliminated by corporate changes or mergers.

When the 50th anniversary of the index was celebrated in 2007, the company behind the index, S&P Dow Jones Indices, put out a press release with a list of the 86 companies that were on the original list that were still on the list in 2007 — though the names may have been a little different. Here are a few of the more recognizable names on the list:

How many companies have ever been in the S&P 500 Index?

The S&P 500 index is updated periodically to reflect the top 500 companies in the US stock market. Most times, this is done yearly, with new additions each year. The companies that meet the index’s requirements for earnings, market value, and liquidity are added, while the existing components that no longer meet the requirements, or that are eliminated by corporate changes or mergers, are removed.

Among the 500 companies that debuted the index, only a few are still components of the index today. Five of those longest-lasting stocks in the S&P 500 index include

The top-weighted companies in the S&P index

Interestingly, none of the above-listed longest-lasting stocks in the index is among the largest nine stocks with the most weight in the index. As of September 30, 2021, the nine largest companies on the list of S&P 500 companies accounted for 28.1% of the market capitalization of the index. In order of weighting, they include Apple, Microsoft, Alphabet (including both class A & C shares), Amazon.com, Meta Platforms, Tesla, Nvidia, Berkshire Hathaway, and JPMorgan Chase.

Given the size of the index (as a percentage of the market cap), it is generally considered the best indicator of the U.S. stock market performance. The index is commonly used as the broad market benchmark against which portfolio performance can be evaluated.

Last Updated on June 19, 2022 by Quantified Trading I have received some e-mails after writing about my investments in the Riga real estate market. Good, I like feedback! I would like to clarify some points: Yes, the gross yield is approximately 9-12% before taxes and maintenance. Taxes are fixed, so no uncertainty there, but…

Last Updated on June 19, 2022 by Quantified Trading In may I wrote about tax implications for people moving abroad, both from Norway or anywhere else for that matter. They who have lived more than 10 years in Norway prior to leaving, must prepare to pay Norwegian wealth taxes 4 years after they move. Up…

Last Updated on June 19, 2022 by Quantified Trading Almost every country has a functional stock market, but not all countries’ stock markets have been performing the same. If your great-great-grandfather had invested $1 in the U.S. stock market in 1900, it would be worth $3,806 at the end of 2019, as the U.S. market… 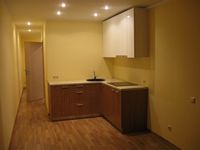 Last Updated on June 19, 2022 by Quantified Trading In a previous article, I mentioned the pros and cons of day trading from another country. One of the pros was looking for other business opportunities. After living in Latvia for 1,5 years I have found some attractive real estate opportunities. This adds a great cash…

Last Updated on June 19, 2022 by Quantified Trading Only a few people succeed at trading, and those who do, take a long time to learn their craft. As with every other profession, it takes time to understand the different elements of trading. Yet, many people think trading is easy. Why is that? People think…