Overconfidence in trading is the downfall of many successful traders. Too much confidence makes you do irrational decisions and take too much risk. Not only are you more likely to overtrade, but you are more likely to unconsciously increase your risk-taking. Risk-taking involves the thin line between success, fiasco, and luck/unluck.

Is there a correlation between good trading and intelligence?

This morning I had a look in one of the old Market Wizards books by Schwager. William Eckhardt on page 127 and 128 said the following:

I haven’t seen much correlation between good trading and intelligence….Many outstandingly intelligent people are horrible traders….Avearge intelligence is enough. Beyond that, emotional makeup is more important. …Anyone with average intelligence can learn to trade. This is not rocket science.

I totally agree with Eckhardt. Why should intelligence be so important for good trading?  Intelligence is overrated. Discipline, patience, knowledge, attention to detail and some creativity are much more important than intelligence. I have taken an IQ test twice (in English, which might underestimate my score). I scored just BELOW average both times. Still, I have performed quite well in trading: 12 years of day trading and just two losing months (both in 2012). Obviously, I don’t consider myself stupid, but my intelligence is at best average. I believe I have other characters that make up for my lack of intelligence.

Why is overconfidence a bad thing?

If you’re intelligent you might become very confident. True, confidence is important, but overconfidence is lethal to your account. Coupled with a big ego that is a sure way to the financial risk of ruin in the markets.

This is what Morgan Housel writes about the famous trader Jesse Livermore in his book The Psychology Of Money:

After his 1929 blowout Livermore, overflowing with confidence, made larger and larger bets. He wound up far over his head, in increasing amounts of debt, and eventually lost everything in the stock market……Livermore eventually took his own life.

I believe overconfidence is a very bad trait in trading. It will make you blind to risk and make you feel better than you are. Luck and randomness are much bigger factors than most realize. You have to be humble. The inevitable result is that you take on more risk than you should. You have to know that failure is a possibility. If not you get complacent and inefficient.

If I were to employ someone in my one-man firm (actually, I just made an agreement with someone this month) I would boil down my criteria to these things: determination, motivation, persistence, modesty/frugality, and discipline (work ethics). The rest can be taught.

How do you stop overconfidence?

There are two important steps in overcoming overconfidence:

Trading is all about survival:

First and foremost always keep in the back of your head that trading is about survival. Getting rich requires taking risks, but you need to survive to exploit the edges that the market throws at you. There is no point in spending time finding trading edges if your account doesn’t survive.

Be slow and steady:

Don’t rush decisions: make sure you have thought things over. Daniel Kahneman wrote in his best-selling book, Thinking Fast, And Slow, about two systems in making decisions: System 1 which is the intuitive and gut feel, while System 2 is the slow, rational, and analytical mindset.

Trading should mostly be about system 2.

Trading is about persistence and survival:

The US president Calvin Coolidge nailed it*:

Nothing in this world can take the place of persistence. Talent will not; nothing is more common than unsuccessful people with talent. Genius will not; unrewarded genius is almost a proverb. Education will not; the world is full of educated failures. Persistence and determination alone are omnipotent.

The above is one of my favorite proverbs!

Calvin Coolidge has some insights to potential traders:

Many traders should listen to what Calvin Coolidge has to say:

*Coolidge was a very good president, but for some strange reasons, he has been looked upon as a failure. Some say “he is the best president you have never heard of”. Looking on the web I found some other nice proverbs from Coolidge (Yes, I know I’m digressing now):

Last Updated on July 7, 2022 FOMO is the acronym for the “fear of missing out”, which refers to the feeling of anxiety or uneasiness you get when other people are sharing a positive or unique experience while you are missing out. The phenomenon has been magnified with the advent of social media which makes…

Last Updated on July 7, 2022 No matter how good strategies you have, they are most likely worthless if you can’t execute them properly due to behavioral mistakes in trading. What looks like a piece of cake in a backtest, is completely different in the real world when you are risking your own hard-earned money….

Last Updated on July 7, 2022 I have day traded for about 12 years, doing swing trading some 5 years prior to that. And as the headline suggests my fear of losing increases as I get older. Why is that? I think it’s just natural. I know a lot more now than 12 years ago… 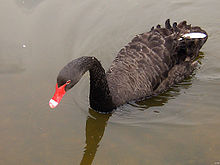 Last Updated on July 7, 2022 Once in a while, I grab one of my about 100 trading/investing books. This is mainly to get inspiration and perhaps one or two ideas to test. The best books for inspiration are the Market Wizards by Jack Schwager. Over the weekend I read the chapter about Ahmet Okumus…

Last Updated on September 25, 2022 Because of drawdowns and trading biases you might not succeed even with the best trading strategies on the planet. Empirical evidence suggests that the main obstacle for most traders and investors is our in-grained biases (cognitive errors). If you want to read more about this subject, we recommend Rolf…