The Investors Intelligence Index is becoming widely accepted as a means of estimating the balance between the bulls and bears. But what does it actually mean?

Also known as the Advisor Sentiment, Investors Intelligence Sentiment Index is based on contrarian propositions, which suggest equity traders should act opposite to the balance of expert opinion and market trends.

What is the Investors Intelligence Sentiment Index?

The Investors Intelligence Sentiment Index is based on contrarian propositions, which suggest equity traders should act opposite to the balance of expert opinion and market trends. The indicator surveys over a hundred independent market newsletters and assesses each author’s current stance on the market — bullish, bearish, or correction.

This survey has been widely adopted by the investment community as a contrarian indicator and is followed closely by the financial media. Since its inception in 1963, the indicator has had a consistent record for predicting the major market turning points. For more than six decades, the indicator has been consistent, and its current readings are put into context against historic precedents.

When the survey was first developed, it was expected to indicate the best time to be long as the time when most advisors were bullish. But it turned out that a majority of advisors and commentators were almost always wrong at market turning points. So, the investing community started using it as a contrarian indicator.

What is meant by investor sentiment?

However, most of the time, they use certain indicators to estimate the mood of the market. Unlike technical indicators that study individual securities, sentiment analysis focuses on the broad market. Investors Intelligence Sentiment Index is one of the indicators that can be used to gauge the mood of investors.

What is the difference between AAII and Investors Intelligence Sentiment Index?

The AAII Sentiment Survey focuses on the opinions of individual investors by asking them their thoughts on where the market is heading in the next six months. The index has been around since 1987. This market sentiment data is compiled by the American Association of Individual Investors (AAII).

The Investors Intelligence Sentiment Index, on the other hand, focuses on investment advisors and commentators, which are supposed to be professional analysts and traders.

How and where do I find Investors Sentiment Index? 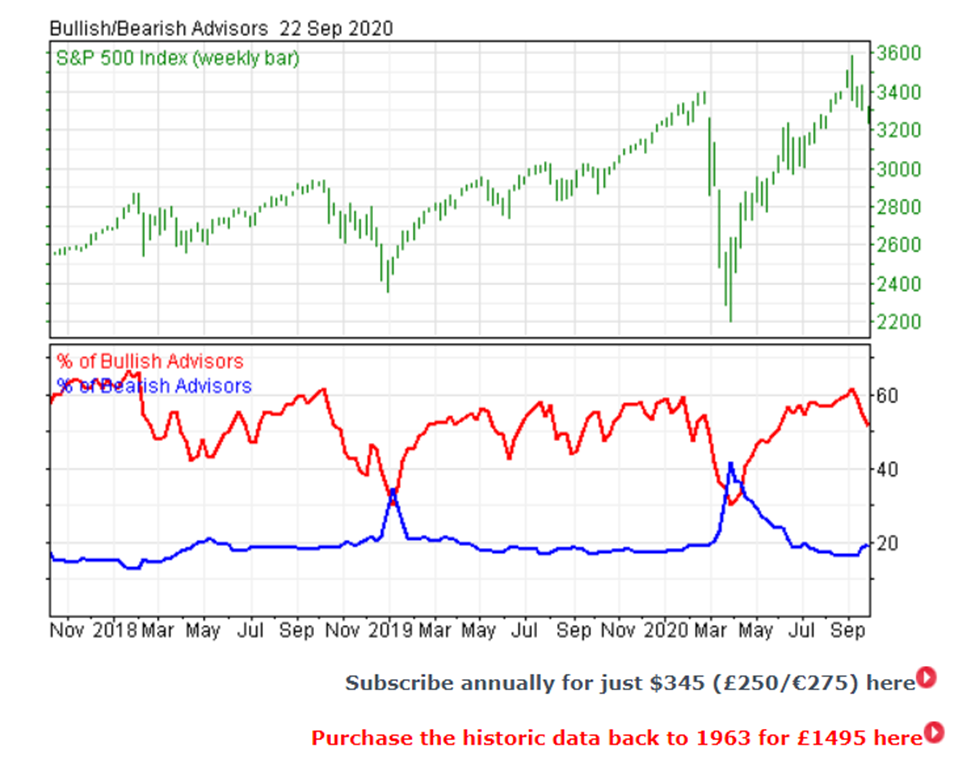 Last Updated on June 20, 2022 by Quantified Trading Technical indicators help us analyze stocks to know how to trade them, but they focus on the external price action of individual stocks. While this is not bad in itself, knowing the general market sentiment is equally important. This is where the Arms Index comes in….

Last Updated on June 19, 2022 by Quantified Trading This article is not finished and is under construction   Today, there are so many indicators used in technical analysis, but only a few are really valuable to retail investors and traders. These indicators are not just used for technical analysis of stock prices but are…