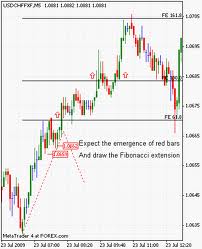 On the internet and in the blogosphere there are a lot of articles saying trend following is dead. The reason is as usual due to lack of returns over some period of time.

As far as I can see, most of the “wizards” in trend following are having a really bad year. This is on top of a bad year in 2011 as well. Is it really dead? Is it different this time? Have the markets changed? Have the algos knocked down any trends?

I don’t think so. I believe this is rather the ever-changing market cycles: Periods of below-average return are followed by periods of above-average returns.

(One of the best-known trend followers, John Henry, just decided to close his shop by year-end. Even Bill Dunn is having a really tough year and dwindling assets under management.)

Trend followers try to keep their heads above water when times are bad and rather bet on having infrequent spectacular gains. It goes without saying that this can be very hard to stomach for many investors who are not familiar with the strategy. I certainly will not put all my net worth in this. And human nature tends to think for the short term and withdraw funds at the wrong time. Waiting for the large outlier trend following move requires patience and acceptance of big drawdowns.

(Just a sidenote. Those who invested in ordinary mutual funds over the last decade haven’t much to show for, either. And don’t forget those Japanese who invested in the late ’80s. They are still waiting/hoping.)

I’m not a trend follower. Rather the opposite, I go against the trend, and trade mostly mean reversion strategies.

However, I only trade stocks and mainly daytrade, and my research has taught me the stock market is not the best place to look for trends. But I try to be open and humble to other angles to make money in the markets.

In general, the believers in mean reversion and trend following are very divided.

This does not make any sense to me. If I can make money trading mean reversion, I’ll do it. If I also can make money following trends, I’ll do that as well. Isn’t this just common sense? One dollar earned is one dollar no matter your strategy.

I’m a contrarian by nature so I’m more inclined to base my research on that, but I have spent some time looking at trend-following strategies in the past. This is not the first time we see two years of mediocre performance. So I actually decided to add to my investments in a trend-following fund after reading all these bear articles about trend-following.

The fund is Lynx, a Swedish fund, where I’ve been an investor for many years. They are not entirely trend following, but as far as I know, most of their strategies are based on trends. They have a good track record. This is their second year in a row with losses. I bet they will do better in the next couple of years…

Last Updated on October 22, 2022 by Oddmund Groette An article about VIX trading strategies and explaining: what is the VIX and how does it work? The VIX is a fear index and shows the price you need to pay to get insurance in the stock market. In this article, we explain what the VIX…

Last Updated on October 23, 2022 by Oddmund Groette I have been backtesting swing trading (holding positions 1-5 days) for many years. But because I have done fairly well in day trading, I didn’t really put a lot of effort into swing trading. I never really started. But when my day trading got sour in…

Last Updated on October 17, 2022 by Oddmund Groette In the world of price action trading, there are different kinds of chart patterns, ranging from simple ones like triangles to the more advanced ones like the harmonic patterns. Are you wondering what the harmonic pattern is? In chart analysis, harmonics refer to the pulse and… 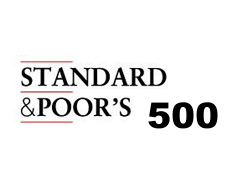 Last Updated on October 21, 2022 by Quantified Trading At what time of day does SPY/S&P 500 set high and low? How much does SPY move in a day? What is the best time to trade SPY? Let’s find out by doing some backtests. This morning I had a look at when SPY makes high…

Last Updated on June 20, 2022 by Oddmund Groette The Nasdaq-100 index is one of the most followed stock indexes around the globe. But what exactly is it? The Nasdaq-100 is a stock index that tracks 100 of the largest domestic and international non-financial companies listed on the Nasdaq stock exchange based on market capitalization…